List of Best Medicines for Cough and Cold in India

List of Best Medicines for Cough and Cold in India – One of the common health issues which are a leading factor of weakness, nausea and sometimes fever. Even though several viruses can produce a common cold, rhinoviruses are the most frequent. The common cold virus enters your body by your lips, eyes, or nose. When someone who is sick coughs, sneezes, or speaks, the virus might spread by droplets in the air. This is common in our society so we have come up with the list of top medicines for cold and cough in India which will be mentioned in the upcoming paragraphs.

Being highly experienced in the pharma sector our experts have researched various pharma medicines for cold in India which are offered and manufactured by many pharma companies. Therefore, this list of best medicines for cough and cold in India would be beneficial for those patients who are suffering from cold and cough. These cold and cough medicines are highly demanded for various other reasons such as for curing allergic symptoms, fever, hey, etc.

An individual might have experienced a runny or stuffy nose, sore throat, cough, congestion, sneezing, low-grade fever and many more. Sometimes people face these issues due to seasonal allergies and there are different types of allergies which trigger cough and cold. For these there are antihistamine and cold suppressant medicines that are the highly prescribed medicines for cough and cold in India.

From our advisory, ignoring the symptoms of cold and cough sometimes become a major worry because in rare cases these may become long lasting. So taking proper precautions are must to be taken in that situation, apart from this, medicine for treating cough and cold are also must. So let’s take a look at the List of Top Medicines for cold and cough in India. 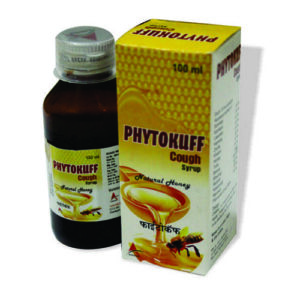 Honey has long been used for sore throats. According to one research, it can also ease coughs more efficiently than other remedies. Honey soothes the swollen mucous membranes and provides relief from cough symptoms such as trouble swallowing and cough spurts while talking. Moreover, it prevents the infection from spreading and decreases the germs and viruses that cause the common cold. The yellow liquid, which is high in antioxidants, antibacterial, and antimicrobial characteristics, soothes the throat, relieving inflammation and aiding in the breakdown of mucus.

Doxylamine belongs to the antihistamine medication family and is used to treat allergy, hay fever, and common cold symptoms. The pill aids in the prevention of the transfer of certain natural compounds produced by the body (histamine, acetylcholine). Pyridoxine, often known as vitamin B6 tablets, is used to meet the body’s need for extra energy that diet does not provide, to manufacture red blood cells, and to keep nerves functioning properly. This antihistamine is included on India’s Best Medicines for Cold in India list. 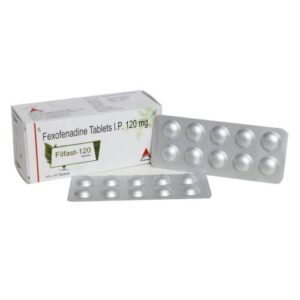 Fexofenadine To treat pollen allergies, which produce nausea, coughing, cold, stuffy nose, and a variety of other allergic conditions. Fexofenadine is used to address the allergy symptoms of seasonal allergic rhinitis in adults and children 2 years of age and older, such as runny nose, coughing, red, itchy, or swollen eyes, or irritation of the nose, throat, or roof of the mouth. Fexofenadine is an antihistamine used to cure seasonal allergies, which include watery eyes, runny nose, itchy eyes/nose, sneezing, hives, and itching. This Medicines for Cold in India works by blocking histamine, a natural substance generated by the body during an allergic response. 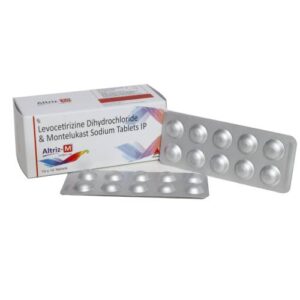 Medicine containing levocetirizine and montelukast, which are used to treat allergic responses. It relieves allergy and hay fever symptoms such as sneezing, runny nose, and itchy skin. Levocetirizine is used to treat hay fever and seasonal allergies, as well as to reduce runny nose, sneezing, redness, itching, and eye tears. It is an antihistamine which comes under the best medicines for cough and cold in India, which works by blocking the effects of histamine, a substance produced by the body. Montelukast is prescribed to adults and children 12 months of age and older to treat asthma symptoms such as wheezing, difficulty breathing, chest tightness, and coughing. 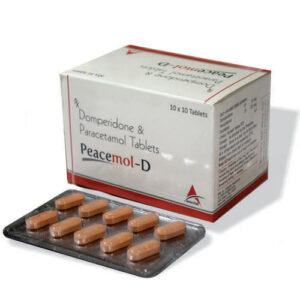 Paracetamol works as a pain reliever, fever reducer, and cold suppressant. Headaches, toothaches, muscle pains, arthritis, backache, colds, and fever are just a few of the diseases that paracetamol is used to treat. Domperidone is an anti-nausea medication. It assists you in ceasing to feel or be unwell (nausea or vomiting). If the patient is receiving end-of-life care, it can also be used to alleviate stomach discomfort (palliative care). Domperidone is occasionally used to boost milk production. That is why this medicine is used for treating cold and coughs in India.

Loratadine tablets are used to treat acute fever symptoms such as pollen, dust, or other substances in the air, and other allergens. Among the symptoms include sneezing, a runny nose, and itchy eyes, nose, or throat. Loratadine can also be used to treat hive irritation and redness. Loratadine is an antihistamine that alleviates allergic symptoms. This medication is commonly used to treat coughs and other associated symptoms. It works by interfering with the functions of a chemical messenger in the body (histamine).

Chlorpheniramine, dextromethorphan, and phenylephrine is a combination drug used to treat allergies, the common cold, or the flu by treating cough, runny or stuffy nose, sneezing, itching, and watery eyes. Phenylephrine is a decongestant that works by constricting the tiny blood vessels in the nose, relieving congestion and stuffiness. Chlorpheniramine Maleate is an antiallergic medication that improves allergy symptoms such as runny nose, watery eyes, and sneezing. Dextromethorphan Hydrobromide is a cough suppressant that reduces cough by decreasing cough centre activity in the brain.

To conclude all List of Best Medicines for cough and cold in India, we can say that these medicines will positively affect an individual who is suffering from Cough and cold. Hopefully thei articles will help you in order to get rid of symptoms like hey, fever, sneezing, runny nose, and many others which are linked with the cough and cold. We Asterisk Labs being the reputed pharma franchise company offer some of these medicines for franchise business, if you’re interested in these contact us by calling at +91 9041333350 or email at asterisklaboratorieschd@gmail.com.